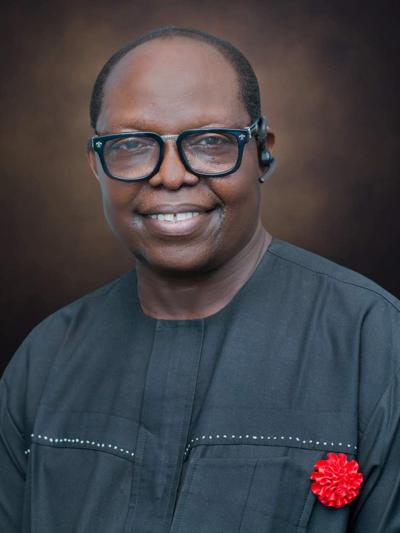 Dr. Festus Odunayo OSHOBA, a retired chief consultant ophthalmologist of repute and former Registrar, Medical and Dental Council of Nigeria, is the proprietor and chief operating officer at LADKEM EYE HOSPITAL, Lagos. A man of many parts: a distinguished scholar, a seasoned and chartered administrator, a journalist, law graduate, public health practitioner, lover of lawn tennis sport, teacher and mentor of many ophthalmologists and a leader and member of many professional and social groups.

He is also a regular radio and television guest on eye-related issues.

SERVICE AT STATE AND NATIONAL LEVELS

Born on December 26, 1958, married, with children and a grandson. An entrepreneur and employer of labour at the LADKEM EYE HOSPITAL, LAGOS, Festus is a philanthropist whose personal ambition and goal is to be a happiness generator and distributor..